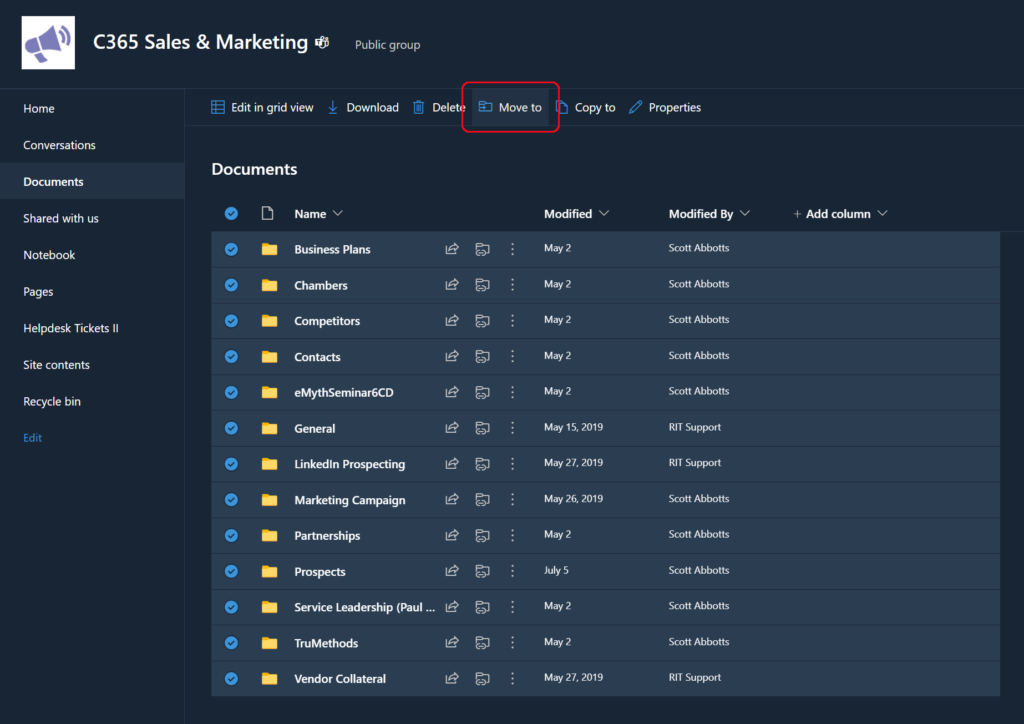 You might want to move or copy files from one SharePoint location to another. This is a built-in funtion, so no third-party tool required.

There are limitions. Microsoft documents these limitations:

Moving and copying across sites

Copying/Moving multiple files in a single operation has three requirements:

But there are undocumented limitations, such as, you can’t have too many subfolders. I was recently trying to move files and folders where the file hierarchy was 5 folders deep, but this caused an error and failure to move. I attempted to move files and folders one at a time, but this still threw errors back at me, especially when it came to moving different document types — it would move all PDFs, but not the Word and Excel files, which had to be moved with a second attempt. With persistence, I was able to fully move the contents of a complex file/folder structure.

According to Microsoft, not only would Mover.io likely incur the same errors, but the workaround is to use the OneDrive sync app instead. Evidently, the OneDrive sync app will overcome the file structure and document type issues. So, just fully sync all of your file/folders to a Windows machine, open two File Explorer windows side-by-side, and then drag and drop.